I have been fortunate enough to be a coach and parent for 4 Maccabi Games, and run the soccer competition in the Mini Maccabi games the last 3 years. To have your children be able to participate in these games from Mini Maccabi through the Maccabi Games is a fantastic experience. My sons were able to compete one year on the soccer team and twice they played on the basketball team. Traveling to a different city and staying with a host family and meeting other kids are something they will always treasure.

Don’t let these experiences pass you by; take advantage when you can and have your child go and compete and represent team Rockland.

My first experience with Maccabi was acting as an assistant coach for soccer. My brother in law and I coached a 16U Girls’ soccer team in Denver, CO, and were fortunate enough to come home with the 1st gold medal for JCC Rockland. Though neither of us had a child on the team, we were as excited for our girls as if they were our own children. The teamwork, respect, and camaraderie we saw that week really blew me away, and motivated me to get involved with my two boys.

Being that my children at the time were too young, we got involved with the Junior Maccabi program, which takes place in the Mid-Atlantic States. Though only a 1-day experience, we turned it in to a weekend adventure, taking groups to Baltimore, and Philadelphia to play basketball or baseball. We did not have the talent to compete in basketball, but it did not stop the boys from having an awesome time. In baseball, we took home back to back gold medals, though we competed with a roster larger than any other team in the tournament. The boys shared time and rooted for each other, and fed off of everyone’s success. The memories of those trips will last my lifetime, as friendships were forged with people from other JCC’s, as well as the families of all the players who participated. So many of the players on these junior teams went on to play in Maccabi 14U and 16U, and I encourage anyone with age appropriate children to get involved. 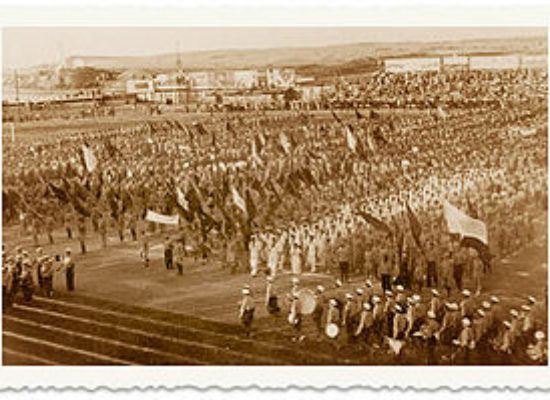 The JCC Maccabi Games® are an Olympic-style sporting competition held each summer in North America. The Maccabi movement began in 1895 when the first all-Jewish sports club was formed in Constantinople. The first world Maccabiah Games were held in Israel in 1932. This two-week competition still takes place every four years, and has featured many world-class Jewish athletes including: Mark Spitz and Jason Lezak (swimming), Mitch Gaylord (gymnastics), Ernie Grunfeld and Danny Schayes (basketball), and Brad Gilbert and Dick Savitt (tennis).

The Games are the largest organized sports program for Jewish teenagers in the world. Each summer, over 5,000 Jewish teens participate in the program, with over 100,000 teens having benefited from the JCC Maccabi Games® since 1982. The energy and excitement that comes from bringing together both the local and global Jewish communities make it a unique and unforgettable experience for every participant.

While many think of the JCC Maccabi Games program as the “Jewish teen Olympics,” it also serves a purpose much greater than just an athletic competition. The Games promote community involvement, teamwork, and Jewish pride. Regardless of who gets awarded medals, each athlete leaves with positive memories, life lessons, and lasting friendships.

In August 2012, Rockland joined the distinguished list of communities that have undertaken the grand endeavor of hosting the JCC Maccabi Games. The effort required years of preparation, support, and community involvement.

The JCC Maccabi Games is a program of the Jewish Community Center Association of North America, with support from Maccabi World Union, Maccabi Canada, and Maccabi USA/Sports for Israel.